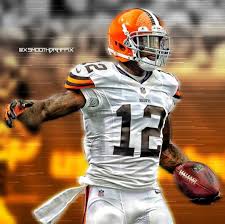 Josh Gordon was denied reinstatement and can reapply on August 1st.

Josh Gordon failed another drug test and now the NFL is not trying to hear anything. They are upset and they should be.

Josh Gordon has missed an entire season because of drugs and failing tests and while he is asking for reinstatement he fails another test because of a diluted sample?  Really?

Well according to Adam Schefter of ESPN, Cleveland Browns wide receiver Josh Gordon’s petition for reinstatement has been denied by the NFL, a league spokesman confirmed Tuesday. He may re-apply for reinstatement on Aug. 1.