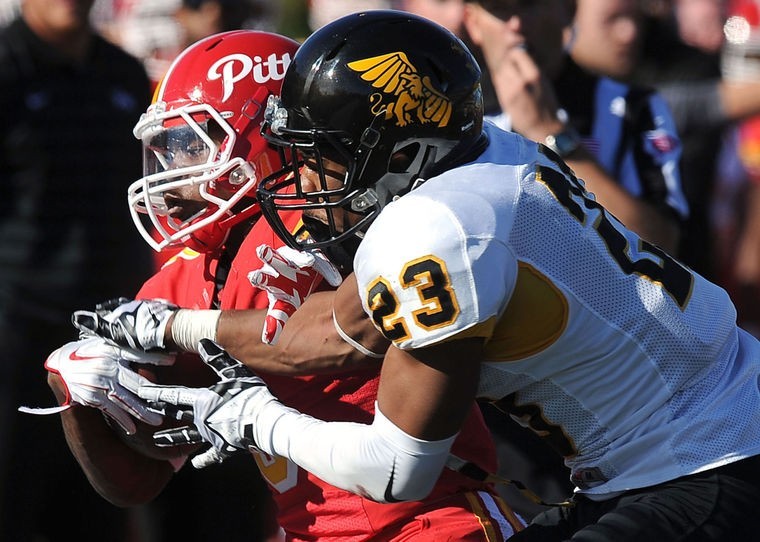 We are learning that Missouri Western CB Mike Jordan will be attending the Houston Texans local day on April 9th.  Jordan is a small school cornerback that plays with a big school mindset. You can read his interview with us here.

The Griffons finished every season of Jordan’s collegiate career with a winning record. Jordan’s final season ended with a 6-5 record. Missouri Western’s Jordan-led defense allowed 30 or more points only once all season long, and Jordan himself was a finalist for the Cliff Harris Award, given to the nation’s best defensive player from a small school.

Jordan was at the East/West Shrine game and multiple teams have been expressing interest in him.  I would not be surprised if a team spends a draft pick on him.