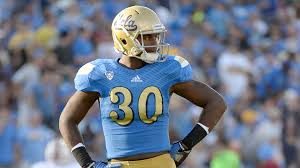 Could Myles Jack drop like a rock on Draft Day?

Myles Jack is a competitor and when healthy he is a freak of nature. An NFL personnel executive predicted that Jack will fall out of the top-ten picks according to Mark Eckel of NJ.com.

Another executive in personnel for another team confirmed the scare on Jack’s knee. Neither of the teams that the executives work for were going to pick Jack, or for that matter will be in a position to select Jack, so they’re not trying to allow him to drop for that reason.

“(Jack) is going to drop,” said the executive, via Mark Eckel of NJ.com. “Teams are scared off by his knee. He’s not going in the top 10.”

The Myles Jack question is big, as @AlbertBreer says. Some teams think he’ll need always-risky microfracture surgery at some point.