Larry Donnell has been cleared by doctors; Signs tender with the #Giants 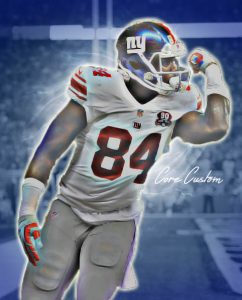 Larry Donnell of the Giants has been cleared by doctor’s

The New York Giants have re-signed tight end Larry Donnell today. Larry Donnell has been cleared by doctors to resume his playing career after a neck injury ruined his 2015 season.

Donnell, 27, was a restricted free agent. The Giants tendered him a contract earlier this offseason. Donnell will be paid $1.671 million on a one-year deal this season.

Donnell has 29 catches for 223 yards and two touchdowns last season, including a game-winning grab in the final seconds to lift the Giants to a home win over the 49ers on Sunday Night Football. He had 63 catches for 623 yards and six touchdowns during a breakout 2014 season.