Could the #Jets use Muhammad Wilkerson to trade up and draft a quarterback? 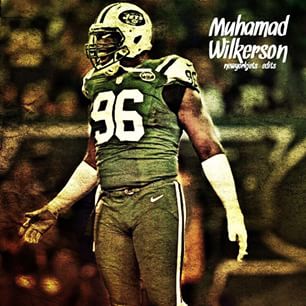 Many people are not sold on the New York Jets quarterback situation, and if the team was to only have Geno Smith, I would see how you panic, but the team has Bryce Petty as well.  I like that the Jets have a couple young quarterbacks to groom, but they need a veteran quarterback to come in and lead the way.  That guy was Ryan Fitzpatrick, but he is demanding big time money and is sounds like the Jets are not willing to budge on his salary.

Another option the Jets could have is they could trade up in the draft and select Paxton Lynch.  ESPN Jets reporter Rich Cimini believes trading franchise-tagged RE Muhammad Wilkerson is New York’s best chance to acquire a top-10 draft pick. The team could easily trade Muhammad Wilkerson and their first round pick to someone in the top ten and get their guy. They would not only get a quarterback of the future but they would free up tons of cap space by getting rid of Wilkerson’s hefty contract.

While Jared Goff and Carson Wentz will likely be out of the question, Lynch may be a great option fro the Jets.  The team would have a very solid three way competition at the quarterback position.

What do you think the Jets will do?

Related articles across the web