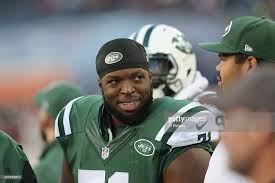 The New York Jets were left with a void at the tackle position yesterday after D’Brickahaw Ferguson retired and walked out the facility after starting 10 years straight and never missing a game.

The Jets needed to do something, and they did quickly. They re-signed a familiar face. The team signed Ben Ijalana who played college football for Villanova. He was drafted by the Indianapolis Colts in the second round of the 2011 NFL Draft.

Ijalana has only played in 7 games in his career, and has zero career starts. I doubt he will become entrenched as a starter, but he is a decent stop gap option.