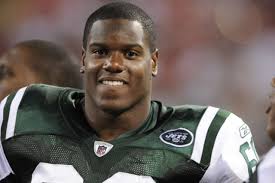 The New York Jets now have a new draft need. The team was trying to get the former first round pick to take a pay cut, and instead the 32 year old starting left tackle decided to retire.

Ferguson, who never missed a snap because of injury, was scheduled to make $10.38 million this season, which included $8.63 million in base salary. None of it was guaranteed. His retirement is expected to clear more than $9 million in cap room for the Jets.

Manish Mehta of the New York Daily News reports that Ferguson began contemplating retirement when the team approached him about a pay cut, and Ferguson would almost certainly have played this season if the Jets had been willing to pay him the full $10.375 million his contract called for.