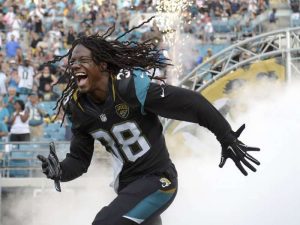 Today the Jacksonville Jaguars announced on their Twitter that they released veteran safety Sergio Brown.

Safety Sergio Brown has been released.

Sergio Brown, a free safety who signed as an unrestricted free agent last offseason is no longer on the team.

Brown, a seven-year veteran, played in 15 games last season with four starts. He also played extensively on special teams throughout the season.