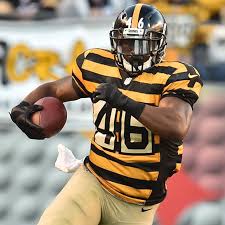 The Giants have signed former Steelers TE Will Johnson

The New York Giants are still getting crunk in Free Agency. Former Steelers H-back Will Johnson signed with the New York Giants on a two-year deal according to Jeremy Fowler of ESPN. Johnson can line up as a tight end, fullback or running back. He’s also a special teams contributor.

Former Steelers H-back Will Johnson told me he’s headed to the New York Giants on a two-year deal.

The Giants are also working out former Dolphins linebacker Kelvin Sheppard according to Adam Schefter of ESPN.