#Giants have added running back Bobby Rainey to their roster 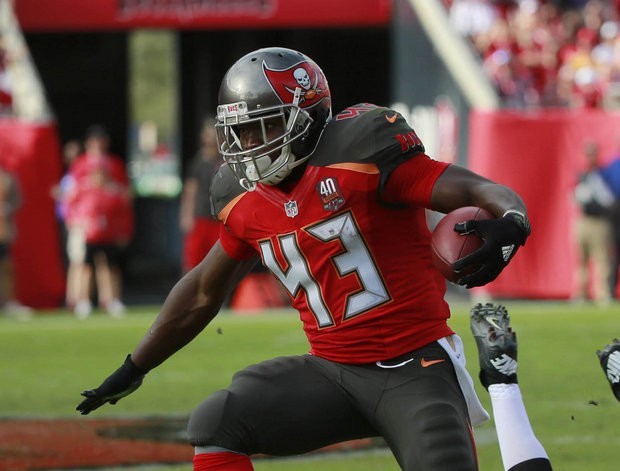 Rainey appeared in all 16 games for the Buccaneers last year, but started none, receiving a grand total of eight offensive touches. He was very active on special teams, though, returning 29 punts (10.0 yard average) and 19 kickoffs (24.7 yard average). Rainey played a team-leading 268 special teams snaps.

Rainey, 28, was signed out of Western Kentucky as an undrafted free agent by the Ravens in 2012. His best season came in 2013, where he rushed for a combined 566 yards and five touchdowns for the Browns and Buccaneers. He ran for 406 yards and a touchdown for Tampa Bay in 2014, and also had 33 catches for 315 yards and a score.