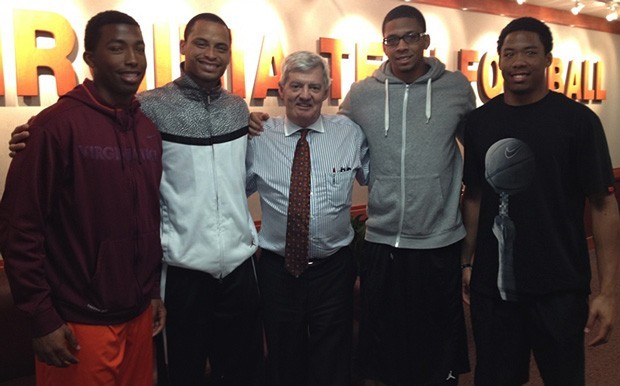 The Fuller family has really done a good job in the NFL, thanks to Frank Beamer

When cornerback Kendall Fuller and fullback Glenn Gronkowski is selected later this month in the NFL Draft, they will become only the second and third family to send four brothers to the NFL.

Vincent Fuller played safety for seven seasons with the Titans (2005-10), Patriots (2011) and Lions (2011). Corey Fuller is entering his fourth year as a receiver with the Lions. And Kyle is beginning his third season with the Bears.

The only family that has had four brothers play in the NFL to this point is the Browners (Jim, Joey, Keith and Ross). The Gronkowski’s likely will match the feat this year when Glenn, a draft-eligible Kansas State fullback, follows in the footsteps of brothers Rob, Dan and Chris.

This is pretty amazing, and while there are several family ties in the NFL, that is a pretty amazing feature. I love to see the families come together after the game. Pretty cool.