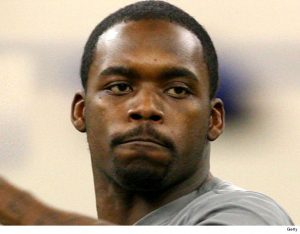 Michael Vick was able to change his ways and is hoping another team gives him just one more shot, while his brother is still acting like a schmuck. According to TMZ Sports, Vick’s younger brother and former NFL QB Marcus Vick was arrested in Virginia for assault Sunday night.

Vick also a standout QB at Virginia Tech, was booked in his hometown of Newport News for assault, obstructing justice without threats of force and contempt of court.

This is not Marcus’ first run in with the law.  Hopefully he gets his life together, because he is headed down the wrong path.