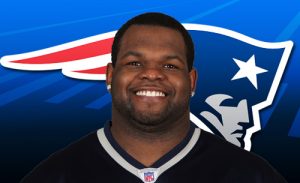 The Patriots selected him in the second round (40th overall) of the 2009 NFL Draft. Brace played in 39 games for the Patriots from 2009 through 2012. He tallied 39 tackles and one forced fumble in that span.
Both Brace and his teammate B.J. Raji entered the 2009 NFL Draft, departing together. After Raji was selected by the Green Bay Packers with the ninth overall selection, the New England Patriots picked Brace with the 40th overall pick, making a top ten selection in the second round.
Related TopicsNE PatriotsNew England Patriotsnfl draft notes Patriotsnfl draft patriotsnfl patriotsPatriotspatriots draft pickpatriots rumors draft prospect