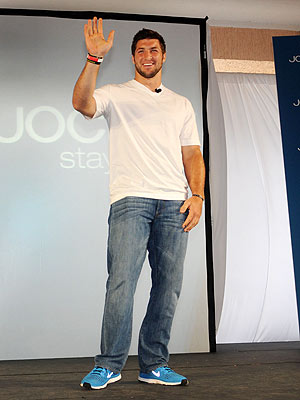 Tim Tebow could be a great Congressman, what do you think?

You may not like Tim Tebow as a football player, but the former Gators quarterback is one of the most loved people in the United States. He had a tremendous backing but just did not make it in the NFL. While I feel he can play and is a good player, he has already moved onto greener pastures.  He now may be considering politics….

According to the Washington Examiner, the Republican party in Florida is hoping to convince the former Florida Gators star to run for U.S. Congress in Florida’s 4th District, which includes the Jacksonville area where Tebow is from. That congressional seat is coming open after 71-year-old Republican Congressman Ander Crenshaw announced he would be retiring and not running for re-election this fall.

Conservative website Red Alert Politics is making a push for the Republican party to welcome Tebow in, citing his work with children through the Tim Tebow Foundation, his position on social issues and his “millennial appeal,” which would help the party target a younger demographic.

Being from Florida I would not be opposed to this, I mean he seems like a person that would be in the best interest of the State and the United States. What do you think?