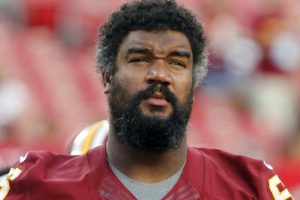 The Atlanta Falcons today announced that they have re-signed guard Chris Chester.

Chester, 6-3, 303 pounds, was originally selected by the Baltimore Ravens in the second round (56th overall) of the 2006 NFL Draft out of Oklahoma. He spent five seasons with the Ravens and saw action in 73 games with 47 starts. He was signed by the Washington Redskins as a free agent in July of 2011. During his four year stint with the Redskins, Chester started all 64 games.

Chester started all 16 games at right guard for the Falcons in 2015 after signing with them in May.