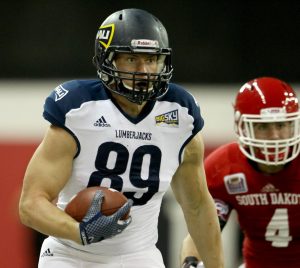 Gardner caught 28 passes for 412 yards with five touchdowns in his final season with the Lumberjacks. Prior to transferring to NAU, he spent time at Mesa Community College.

Reglogle set a University of Indiana school record by starting the final 47 games of his career. He posted 184 tackles (95 solo), 28.5 tackles for loss, 15 sacks, three forced fumbles and one fumble recovery during his four seasons with the Hoosiers.