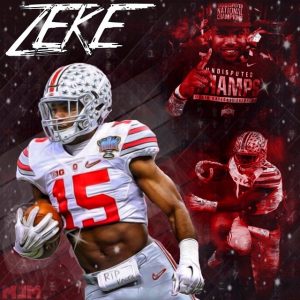 We have heard the Dallas Cowboys, New York Giants and Miami Dolphins talking heavily about Ezekiel Elliott, but we have not heard the Bears rumored to Elliott much. Well Elliott thinks the Bears are showing the most interest.

The former Ohio State star was asked Tuesday during an interview on The Dan Patrick Show to name the team that loves him. Elliott’s answer: the Chicago Bears.

I think the Cowboys would be nuts to pass on Elliott, they need him behind that offensive line.  Imagine him and Alfred Morris? OH MY