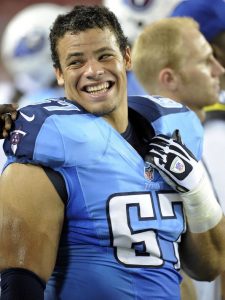 According to Adam Caplan of Fox Sports, the Philadelphia Eagles hosted defensive tackle Mike Martin for a visit on Monday.

Martin was selected by the Titans in the third round of the 2012 NFL Draft. He played college football for the Michigan Wolverines from 2008 to 2011. At Michigan, Martin recorded 172 tackles and appeared in 49 games, including 37 games as the Wolverines’ starting nose tackle. He was selected as a second-team All-Big Ten Conference player by both the coaches and media in 2011 and received the same recognition from the coaches in 2010.