Denver does not expect Philly to trade Sam Bradford after all; Broncos still looking 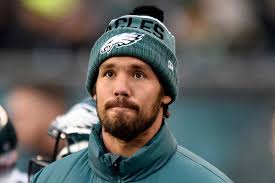 The Denver Broncos are in crunch time and they do not have a quarterback. They lost their quarterback to the Houston Texans in free agency, and now they are searching desperately for a quarterback. According to Adam Schefter the Broncos reached out to the Eagles in regards to Sam Bradford but that does not seem like it will be happening.

According to Schefter, the Broncos believe that the Eagles will not trade the former Oklahoma quarterback to anyone.  Now the Broncos are left QB-less again. Colin Kaepernick is looking like their best option. When will the Broncos hit the panic button and pull the trigger?

Denver does not expect Philadelphia to trade Sam Bradford to Broncos or to any team, per sources. Broncos now mulling other QB options.