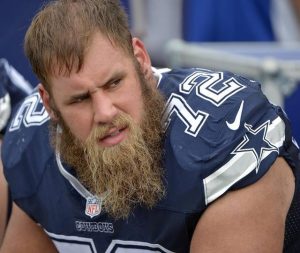 The Cowboys intend to exercise their fifth year option on Travis Frederick before next week’s draft is underway, sources said.

The Cowboys took him in the first round of the 2013 draft, and he has been a blessing for them at center.

He has started 48 consecutive games to begin his career and been named to the Pro Bowl twice. He has been named second team All-Pro in each of the last two seasons.