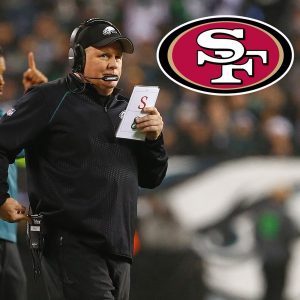 According to NFL Network’s Brian Baldinger, Chip Kelly and 49ers general manager Trent Baalke are already having issues with each other.

NFL Network’s Brian Baldinger recently said the following on 97.5 The Fanatic in Philadelphia, via CBSSports.com: “I already hear there’s problems in the building between Chip [Kelly] and [Trent] Baalke.”

I am not sure how true this is, because last month ago at the NFL owners meetings, Chip Kelly spoke highly of Baalke.

“I think our personnel department is outstanding,” Kelly said at the NFL owners meetings. “Trent’s got such a good grasp on this league. He’s been in it so long. He’s got a great feel for how to put together a team. Three years ago, San Francisco was on the 5-yard line with a chance to win the Super Bowl. He’s proven he can acquire talent and put talent out on the field. And I’ve known Trent for a long time.”