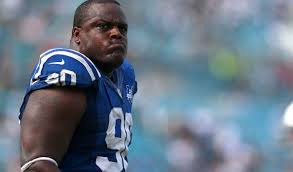 Arizona Cardinals cut ties with veteran defensive tackle Cory Redding today according to their team’s website.  The move saves the team 3 million dollars against the cap this year.

Redding had considered retirement before the 2015 season but was lured to Arizona by coach Bruce Arians, who worked with Redding in Indianapolis. The veteran had 10 tackles last season, fighting an ankle injury that cost him four regular-season games and eventually got him placed on injured reserve before the Cardinals played a postseason game.

After releasing Cory Redding the Cardinals will save $3M against the cap this year, that would give them an estimated $6.6M in cap space.