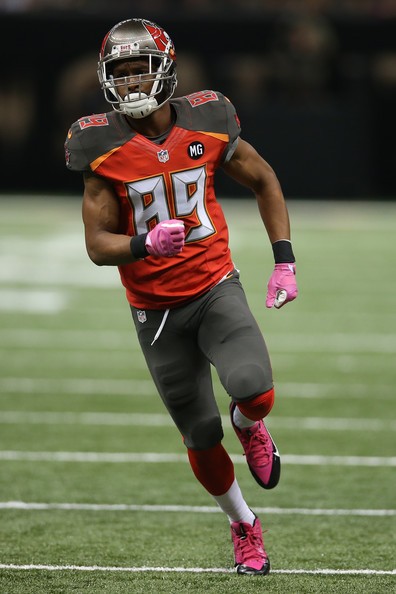 Buccaneers have tendered the contract of WR Russell Shepard

Russell Shepard was a quarterback at Louisiana State University and transititioned to the wide receiver position as a senior.  He has since been doing a wonderful job as a wide out for the Buccaneers.

The Buccaneers picked Smith up off waivers from the Buffalo Bills in September of 2014 and he was in the starting lineup by just after midseason, eventually ranking second on the team with 6.5 sacks. Last year, Smith missed four games and parts of seven others but still contributed seven sacks to once again finish second on the Bucs’ defense. In two seasons and 27 games, he has amassed 39 tackles, nine tackles for loss, 13.5 sacks, 23 quarterback pressures, three passes defensed, four forced fumbles and four fumble recoveries.