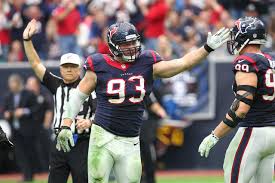 The 6-foot-4, 285-pound defensive end is expected to compete with Vance Walker and Kenny Anunike for playing time as the Broncos seek to replace Malik Jackson, who departed in free agency.

#Broncos have agreed to terms with defensive-end Jared Crick on a two-year deal.