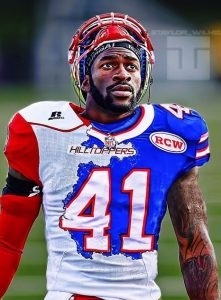 Buffalo Bills have defensive back Cam Thomas has been released

The Buffalo Bills have released cornerback Cam Thomas. Thomas was signed by the Bills as an undrafted free agent in 2015. He played college football at Western Kentucky.

The cornerback was placed on the Reserve/PUP list not long after last summer’s training camp concluded and never suited up for Buffalo in 2015.