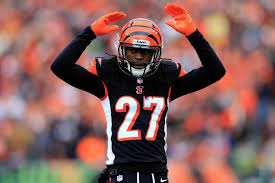 Bengals defensive back Dre Kirkpatrick tweeted out something and immediately deleted it after he took some backlash for the message. According to the news an SUV driving the wrong way on I-75 in Cincinnati crashed into another car, instantly killing the SUV driver and the two people in the other car. Kirkpatrick posted this message:

“I just want y’all to know that was my friend that got killed last night. And I was with him and I knew he was drinking and didn’t stop him,” Kirkpatrick wrote in a series of tweets that have now been deleted. “I wasn’t drinking just hanging out but i knew he wasn’t able to drive and now he is gone. . . . “Man I’m so hurt right now. bc I talk about drinking and driving all the Time and for me to leave him at that bar like that killing me. So y’all please stop the drinking and driving please bc I lost a good friend and Cincinnati lost a good man.”

Many took shots at him for the post, because he mentioned nothing about the innocent people that lost their lives.  Kirkpatrick immediately deleted his message and posted this:

Sry about the lost to the innocent family as well #blessingup ?