Could Baylor’s Shawn Oakman end up being a steal in the #Draft? His coach believes so 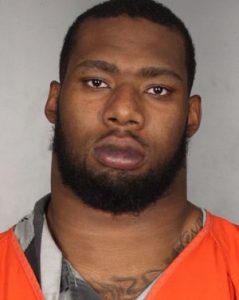 Should an NFL team take a chance on Shawn Oakman?

Most college coaches will do and say anything to get their players some notoriety, but Art Briles is defending his pass rusher Shawn Oakman.

“He’s a different cat. I wouldn’t want to categorize him,” Briles told NFL Network’s NFL HQ ” … Shawn has done an unbelievable job of staying very humble. He is a tremendous athlete with a tremendous frame. Whoever gets him, they’re getting a steal in the draft, I can promise you that.”

This statement was before Oakman was arrested for allegedly sexually assaulting a female, but no one knows what really happened that night. I have talked to several NFL teams that have told me Shawn Oakman is not even on their draft boards, and that is shocking.

According to the affidavit for the arrest, Oakman allegedly forced the alleged victim into his bedroom, forcibly removed her clothing, forced her onto the bed, and sexually assaulted her.

Oakman has told police that any sexual activity was consensual. Pro Football Talk is reporting that Oakman and the alleged victim had a pre-existing relationship — as confirmed by the fact that she texted him first that night.

This will not win Oakman the case, but it will help his case. If the female intiated contact with Oakman, she will have to explain what happened, and it will likely be a he said versus she said.  Whoever has the better attorney’s will likely win the case. You can expect it to go to the Grand Jury, and even if Shawn Oakman wins the damage is already done.

I agree with Art Briles on this kid. He is a good player that is huge.  If he falls like people are projecting you have to give him a shot. If he goes undrafted I would be shocked, but then again Vontaze Burfict went undrafted for a lot less.