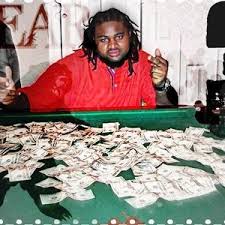 Will Smith the former New Orleans Saints pass rusher was killed this past weekend, and while it is a horrible situation no one but his wife and Cardell Hayes the killer of Smith know what happened.  Now Cardell Hayes lawyer is stating that his client is not the aggressor.  Here is what his lawyer said:

“My client is of the opinion that toxicology should be conducted of all the parties that were involved in this, and that will shed some light on the behavior of some of the participants,” attorney John Fuller told a group of reporters on Sunday, via a video posted by the New Orleans Times-Picayune.

“We know Will Smith was coming from a restaurant,” a reporter asked Fuller. “Does that have something to do with that? Is that what you’re saying?”

“Do you think Will Smith or somebody else may have been intoxicated in this event?”

“Well, I know that there were parties that were intoxicated or under the influence of some type of mind-altering substance, based on appearances,” Fuller said. “We don’t know that for sure, but we have a strong suspicion that that was the case.”

“Did anyone else have a gun other than your client?”

“It’s possible that one of the parties involved had a gun,” Fuller said.

“Did Mr. Hayes say he feared for his life?”

“Well, I don’t want to go into details what my client said, but I’ll say this,” Fuller said. “The reports that we’ve heard so far that were on television and various news outlets were not consistent with everything that happened, and I can tell you that my client was not the aggressor in terms of the behavior that happened after the accident.”