16 years ago today the #Patriots selected Tom Brady; The rest is history 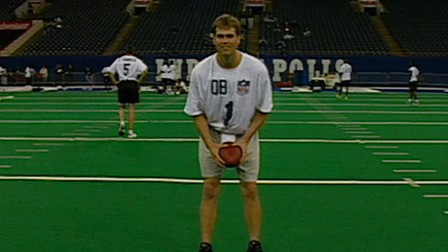 Tom Brady was not always the sexiest looking pick, but boy has he dominated the NFL

Let’s talk about Tom Brady and Bill Belichick.  While many say Bill Belichick is a great head coach, but I would like to think that Tom Brady is just an amazing player.  Here is why I say that.

Before Bill Belichick had Tom Brady he was 41-55 as a head coach, he was fired by the Cleveland Browns and only had one winning season.  After drafting Tom Brady, 16 years ago today, Belichick is considered a Hall of Famer.

Drafting Brady 16 years ago propelled New England to four Super Bowls and 12 out of the past 13 AFC East titles. Out of those years, he only had one season where the Patriots lost less than 10 games.

Brady was taken in the 6th round by the Patriots out of the University of Michigan, and let’s face it, he is the best quarterback in the NFL.

Sometimes the best quarterbacks are not the first pick the draft.  Just saying…..