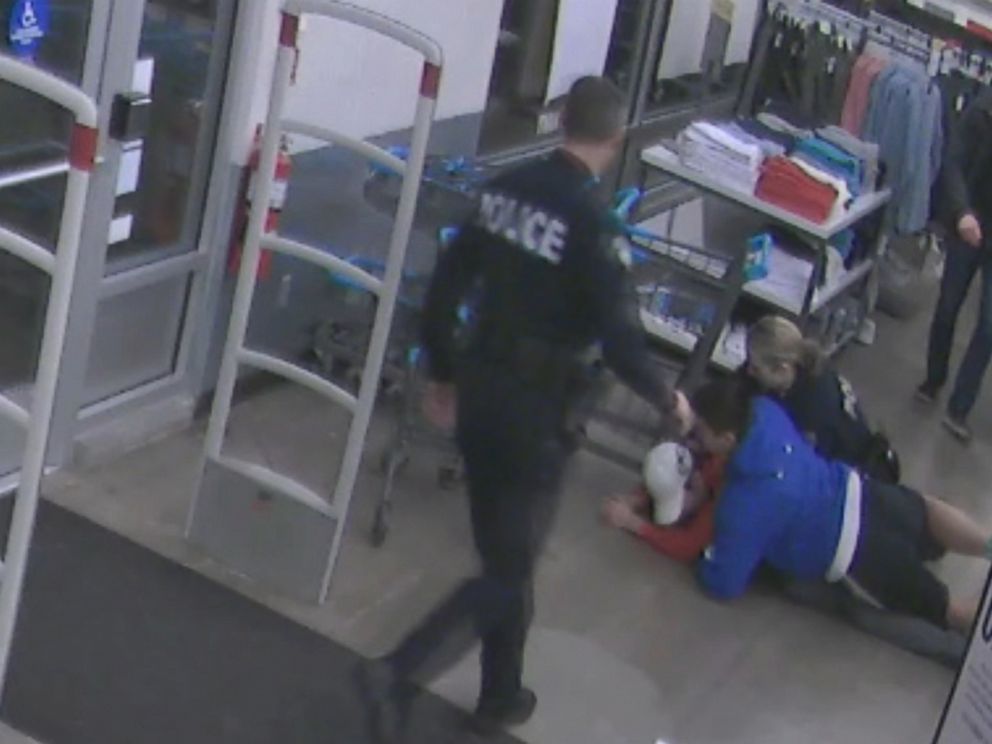 We hear bad news all the time in the media about football players, but this is some good news. It comes out of Seattle, where a man shoplifting was stopped by a 14 year old football player named Kevin Merz. Merz is not your average 14 year old boy, he is a 6-foot-1, 206-pound 14 year old.

The wild scene occurred this week at a mall near Seattle, where the suspect allegedly was removing tags from more than $900 in merchandise at a Target. When an officer tried to apprehend him, the suspect bolted out of the Target and into a cosmetics store … then into an Old Navy, where another officer was waiting … he gave her the slip and ran outside … where another officer was waiting … so he ran back inside … and right into Kevin Merz, who tackled the suspect. The man was arrested and charged with third-degree theft, resisting arrest and making or having burglary tools.

Merz, who was shopping with his family, told ABC News “I decided that I have to protect my family.”

The 33-year-old suspect, who has a long history of felony theft, was booked into jail, according to police. He was charged with third-degree theft, resisting arrest and making or having burglary tools. The Bellevue Police Department did not release his name, probably because he was slammed by a 14 year old.