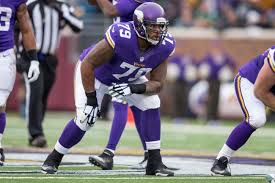 Mike Harris has re-signed with the Vikings

According to Ben Goessling of ESPN, the Minnesota Vikings are close to a deal with offensive lineman Mike Harris. The deal is supposed to be a one year deal worth approximately 3 million dollars.

Harris was a solid player last year for the Vikings, and with the addition of Alex Boone the Vikings are focusing on protecting Teddy Bridgewater.

#Vikings are close to a one-year deal with Mike Harris, per league source. He’ll come back to prove himself.

Harris’ deal is expected to be at least $3 million with incentives. #Vikings‘ OL depth looks much improved.