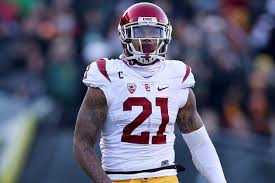 I have never seen a player deny a right to go to a Private Workout, but it is happening. According to Pro Football Talk, USC linebacker/safety Su’a Cravens won’t be doing any private workouts for teams, according to his agent Fadde Mikhail.

“There have been too many teams that have called to set up private workouts,” Mikhail said, “and I think Su’a’s body of work on film speaks for itself. Su’a is a football player. He is a playmaker at whatever position he’s at, whether it’s safety or linebacker. Su’a has three years of film while an All-American at USC, plus he did the Combine and did everything at his Pro Day on March 23 where all 32 NFL clubs were present.”

Former Bears Director of Scouting and former NFL employee for 30 years Greg Gabriel, says it is a huge mistake.

Su’a Cravens agent is making a huge mistake saying no to Private workouts. It’s a very important part of the process and it will cost Su’a $