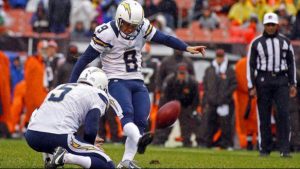 John McClain of the Houston Chronicle reports that the Texans have re-signed K Nick Novak.