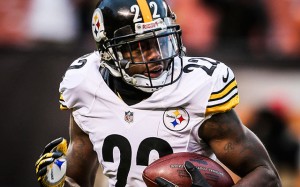 William Gay has been re-signed by the Steelers

According to his Instagram account, the Pittsburgh Steelers have re-signed cornerback William Gay.  Gay was drafted by the Steelers in the fifth round of the 2007 NFL Draft. He played college football for the University of Louisville. Gay has also played for the Arizona Cardinals.

Gay alluded to the signing on Instagram, saying “back like I never left.” Gay was a priority for Steelers this offseason.

Gay became the Steeler’s number one cornerback for the 2015 season. On December 13, 2015, Gay intercepted the Bengal’s back-up quarterback, AJ McCarron, in the third quarter and returned it for a touchdown. This tied him with NFL Hall of Famer Rod Woodson for most career interceptions returned for touchdowns for the Pittsburgh Steelers.