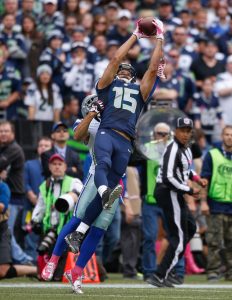 Jermaine Kearse the Seattle Seahawks wide out will attempt to check his worth. Kearse had 49 catches for 685 yards and five touchdowns for the Seahawks last season, which marked career highs for a player who signed with the Seahawks as an undrafted free agent in 2012.

The wide receiver has played his entire football career in Western Washington. First at Lakes High School and then as a Washington Husky before he joined the Seahawks. He was signed as an undrafted free agent in 2012.

Seahawks WR Jermaine Kearse reiterated Thursday that he does not plan to return to Seattle and is looking forward to finding a new home.