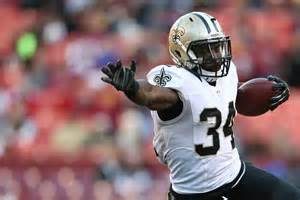 The New Orleans Saints are trying to re-sign running back Tim Hightower. The team has already moved on from RB Khiry Robinson, and while they have Travaris Cadet, Mark Ingram and C.J. Spiller, Hightower did a good job last season,.

Hightower was drafted by the Arizona Cardinals in the fifth round of the 2008 NFL Draft. He played college football at Richmond