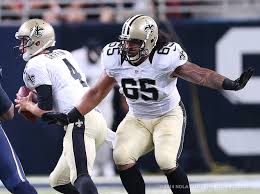 The Saints have agreed to terms with Senio Kelemete on a two-year extension worth up to $4 million, ESPN reporter Mike Triplett.

Kelemete, who has been with the Saints in 2013, was scheduled to become a restricted free agent this offseason, but the team wanted to ensure he stayed in town.

#Saints and G Senio Kelemete agreed to a two-year contract, per source. Kelemete, 25, was scheduled to be a RFA