Report: #Browns are willing to part with a 3rd rounder for Kaepernick 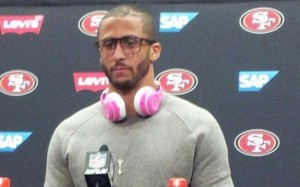 Browns are willing to trade a third rounder for Kaepernick, will it get done?

The Cleveland Browns are still trying to land Colin Kaepernick from the San Francisco 49ers and according to a report from Mary Kay Cabot, the Browns are in fact willing to give the 49ers a 3rd round pick.

The problem is the Browns are not wanting to take on the large contract of Kaepernick. It sounds like the wheels are turning, and it will be interesting to see if the Browns and 49ers can get a trade done.

Earlier in the day, Colin Kaepernick was rumored to want to play for the Browns and Hue Jackson. This could be a match, so we will keep a close eye on it.