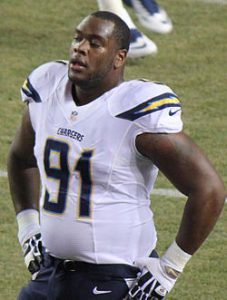 In 2010, he served as one of four team captains for the University of Connecticut Huskies and was named to the All-Big East Conference first team following the season. He was selected by the San Diego Chargers in the 2nd round of the 2012 NFL Draft, 49th overall.