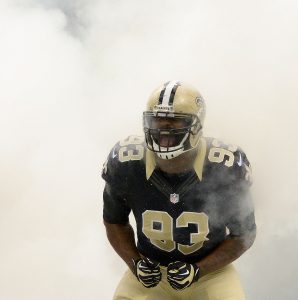 According to Pro Football Talk’s Mike Florio, the Washington Redskins have re-signed Junior Galette to a one year deal that he could earn up to 4 million per season.

Galette injured himself last season, but before that he was an animal for the Saints. His off the field issues are a concern but he can play, and is an asset.

Junior Galette stays with Washington, per source. It’s a one-year deal worth up to $4 million.