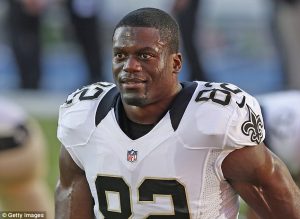 The Baltimore Ravens have expressed a ton of interest in New Orleans Saints tight end Ben Watson according to Dianna Marie Russini.

Watson was drafted by the New England Patriots 32nd overall in the 2004 NFL draft. He played college football at Georgia. Watson has also played for the Cleveland Browns.

Ravens agreed to a deal with tight end Ben Watson, according to a source. Deal won’t become official until Wednesday at 4 pm.

Ben Watson’s deal with #Ravens is 2 years, $7 million. He gets $3M in bonuses guaranteed. Maxes at $8M with escalator.

Saints Tight End Ben Watson is getting strong, strong interest from the Ravens per sources