Raiders place a second round tender on QB Matt McGloin 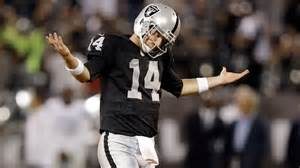 Raiders make sure they keep their back-up Matt McGloin

McGloin was a starting quarterback for Penn State Nittany Lions football team from 2010 to 2012. He is the first walk-on quarterback to start at Penn State since scholarships were reinstated in 1949. Prior to his college career, McGloin was a Pennsylvania all-state quarterback while attending West Scranton High School.

In 2015, McGloin appeared in two games for the Raiders and threw for 142 yards while completing 71.9 percent of his passes to go along with two touchdowns and an interception.