Peyton Manning had interest from only one team; But they would not guarantee him a starting spot 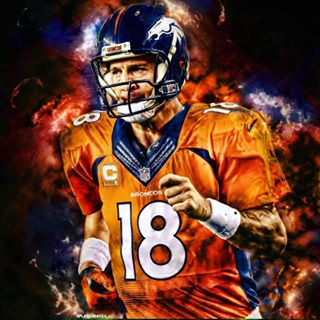 Rams had interest in Peyton Manning

Today in Peter King’s MMQB, there was a long piece about Peyton Manning.  the most interesting part of the article was the piece about him continuing his career like Adam Schefter reported last week.  This is what it said:

In 2012, Manning had teams panting after him. Houston, Kansas City, San Francisco, Denver, Arizona, Miami, the Jets. In 2016, that was gone. The one team that was mildly interested was the Rams. But the Rams’ braintrust hadn’t had a serious internal discussion about Manning, and I am told the Rams would not have guaranteed Manning the starting job. And how embarrassing would it have been if Manning signed with Los Angeles for, say, $8 million plus incentives, then had to come in and compete with Case Keenum and—in all likelihood—a drafted quarterback this spring for the starting job? Imagine Jeff Fisher having to go to Manning on Aug. 25 and ask him if he wanted to be number two … to Case Keenum. Not that this certainly would have happened, but the Rams were going to play the best guy. Manning wouldn’t have been on scholarship. And maybe there would have been interest in Houston, but let’s face it: This was shaping up to be John Unitas to the Chargers or Joe Namath to the Rams. Not pretty, and ultimately forgettable.

Peyton Manning did the right thing to retire, but I am shocked that the Rams did not have more interest in Manning. Are you serious…. Do they really believe in Case Keenum like that?