Patriots seem to have cut another wide receiver 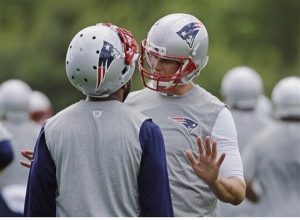 Gibson was drafted by the Philadelphia Eagles in the sixth round of the 2009 NFL Draft and has also played for the St. Louis Rams and Miami Dolphins. He played college football and basketball at Washington State.

Thankful for the opportunity to learn from one of the best to ever do it. I’m appreciative of the time spent