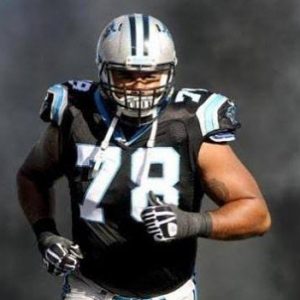 Panthers have released another player. Today the team announced they have cut offensive tackle Nate Chandler

The Carolina Panthers are going ham today. They have released several players today including Charles Johnson, and Dwan Edwards.  Well the team has released another player now.

The Panthers released offensive tackle Nate Chandler, who joined the team as an undrafted rookie defensive lineman in 2012 but switched to offense in 2013. Chandler started the final eight games of 2013 and the first 11 of 2014 on the right side of the line but sat out the end of the 2014 season and all of 2015 with a right knee injury.