#Packers defensive tackle B.J. Raji has retired from the NFL 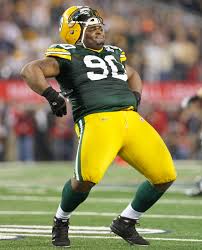 Packers defensive tackle BJ Raji has retired from the NFL

Packers defensive tackle B.J. Raji is walking away from the NFL after seven years.

Raji released a statement Monday saying that he is taking a hiatus from the game.

“I am taking a hiatus from the NFL and will not play during the 2016 NFL season,” Raji said. “This decision was made after hours of conversation with close family members and mentors and considerable self-introspection and is one in which I am absolutely certain. I cannot rule out a return to the NFL in the future, but I will definitely not be playing during the 2016 season.”

Raji was drafted by the Green Bay Packers with the ninth overall pick in the first round of the 2009 NFL Draft.