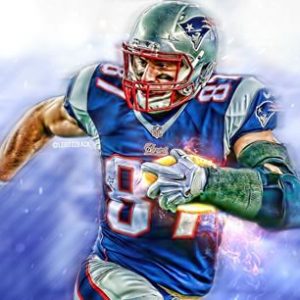 Gronk will be hosting a Nickelodeon show

The Patriots tight end will host “Crashletes,” a new show on Nickelodeon which will show popular clips of sports action. Gronkowski isn’t the only NFL start to join the network as NFL MVP Cam Newton will host “All In,” a series where he will take kids on dream-fulfilling journeys.

According to the Associated Press, the kids television network Nickelodeon announced plans Wednesday for two new shows starring Newton and Gronkowski, at least one of whom seems tailor made to host a show for kids.

The one starring the Panthers quarterback will be called “All In,” and will feature the league MVP taking kids on dream-fulfilling journeys.

The Patriots tight end will host “Crashletes,” which sounds like a show of sports action clips.