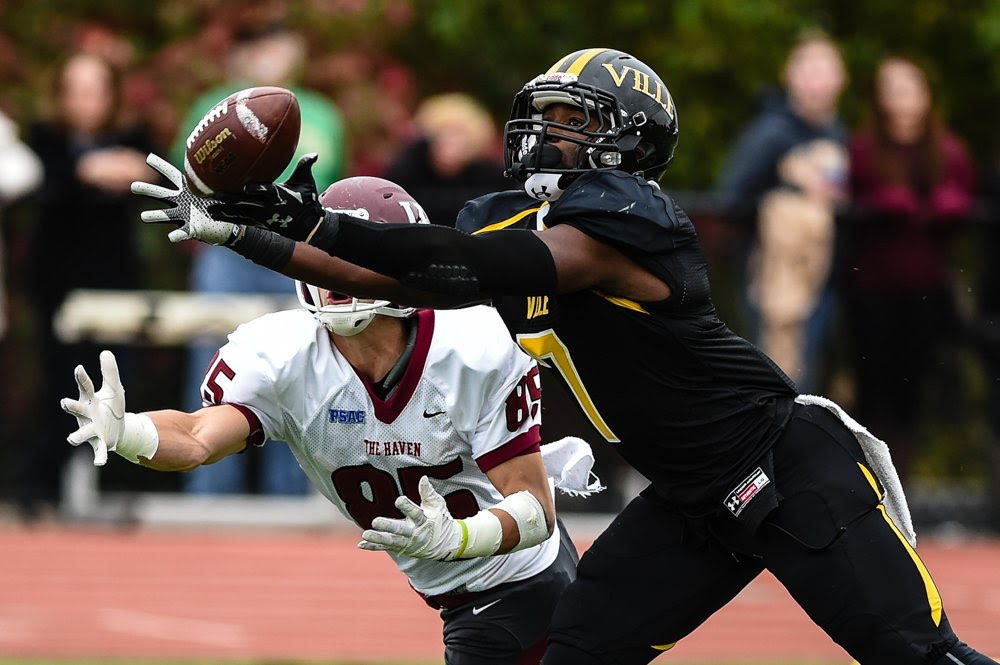 Millersville defensive back Rasheed Johnson is a playmaker

The coolest thing I’ve done off the field would be helping and supporting younger football players from where I grew up at (Norristown, Pa). Showing them drills and techniques I learned but also supporting them at there sporting events.

The hardest class would have to be Micro Economics

A small town with a lot of talent. Norristown, Pa

I have two role models in my life. My father and my Grandmother. Growing up my Dad taught me to be tough and become a man early which I think plays a big part in my success today. My Grandmother raised me my whole life, the lessons and values she taught me made me the man I am today so I would have to say them two.

Growing up I played basketball too. I always thought I would be the next LeBron James but things turned out a little differently lol.

I played Quarterback before, I’ve I could play that position again I would.

My size. Being 6’0 217, I like the ideal size for the NFL safety. I love to play in the box and be physical. I think that separates me because my guys don’t like to play in the trenches.

While watching film I look at the opponents tendencies. If he does a certain break or fake during his route I try to pick up on that. I also study their weakness and try to expose those. If I see a WR is weak and cant get off the press than I’m up in his chest all game.

One of the toughest players I ever faced would be a guy named Sheldon Mayor. He’s from Norristown also and went to a PSAC school. He a little guy with a lot of heart. Quick and physical. I would compare his game to Darren Sproles. 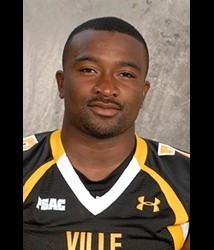 I would compare myself to Kam Chancellor. His physicality and aggression is similar to mines. I tried to model my game after his. The way he delivers big hits and plays like a animal in the box is crazy. I tried to be the same type of guy on the field.

My biggest obstacle I had to overcome would be when my Grandmother passed away December 17, 2014 the winter before my senior year of college.  She was very influential in my life and was my everything. It rocked me when she passed away. As I continue to play football or anything really, I try to give it a 110% because I know that’s what she’d want me to do. So just doing everything in her honor helps me overcome the pain.

Some Pre game rituals I have would be listening to my playlist that I’ve created the night before the game in the locker room and I have to make sure I pray and give God thanks before I leave the locker room.

My biggest strength would me being able to play in the box. I bring a lot of physicality to the game. I feel like I’m a for sure tackler.

My biggest weakness would probably be man coverage. It’s gotten a lot better but still has a lot of room for improvement.

I would tell him taking a chance on me would be like buying perfectly find Lamborghini at the price of 98 Honda Civic, it’s a great deal but many people would be afraid about taking it. I’m hungry and determined. Every drill, meetings or anything dealing with football id give that franchise more than 100%. I would be the ultimate worker. I know what’s it’s like to be the underdog. So I would approach everyday like that. This attitude would be helpful to an team because it’s bringing out the best in me plus the best out of players around me. Which is a key factors in wins…

My favorite team growing up was always the Dallas Cowboys. My Dad is a huge Cowboys fan so I grew to like them growing up.

If I could have dinner with three people it would be my grandmother Betty Johnson, Dr. Martin Luther King, and I would bring my Father along with me.

This first big item I would buy would be a big house for my close family to live in comfortably.