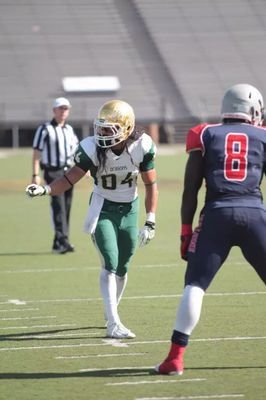 Coached multiple youth sports teams at the YMCA in Tiffin. Right now, where I train, we also invite and train multiple 8th graders to get them ahead on their high school careers.

My Coach/Trainer/Mentor, my everything for football, Ricky Smith. He’s played in the NFL for multiple teams, he’s been to the top and knows what it takes to get there, and he’s helped me since my junior year of high school.

Quarterback, I was actually the second string QB this past season.

From the experience of playing QB, I know what the QB is looking for and know where to attack the defense. I like to think I have a very high football IQ, and I am not known for taking plays off. I block through the whistle, even if the ball isn’t coming my way. Also, my catching ability.

I look at the Corner, Linebacker, and Safety to my side. Depending on where they line up and their depth that typically gives away what coverage or scheme they are running. Then, figure out what the QB is looking for and for the open spots where the ball would be placed. As told from playing QB, “Take what the defense gives you.”

Marquez Gollman, Safety for Grand Valley State. Real tough guy, we were battling the whole game when we played them.

Danny Amendola & Julian Edelman, they are not the fastest guys on the field but they are physical and are great possession receivers. I haven’t seen many drops from those guys and they had a hard path to take to get to the NFL. I know my path will be the same as theirs and I envy those guys! 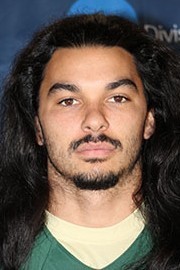 Not having anyone before me go to college it was a little intimidating. I didn’t come from a rich or loving home so it was definitely a challenge to break the cycle and be the first to get a college degree in my family. I didn’t have any guidance or a path to follow. Football helped out a lot, to steer things in the right direction. Football helped me create and keep up with my time management and I was able to finish college on time and with good grades.

Read a chapter out of my personal Bible titled, “Promises from God’s Word for Men.” Call my Coach (Ricky Smith) and another friend I look up to that played arena ball Jeremy Kellem. Also, listen to a few songs from my Ipod and then I’m ready to go!

My hands. Whether if it’s in traffic or wide open, I truly believe and have been told I have NFL hands.

I don’t have the blazing speed that will take the top off of defenses. I am not the slowest guy on the field, but I’ve never been known to be a burner.

With not many receivers in the combine running fast times, what makes them that much better than me? The name on the front of their jerseys? My stats and film looks just as good as the guys at the D1 level, maybe even better. The GLIAC is the toughest D2 conference there is and have at least 3 teams in the top 20 every year. I’m one of the hardest workers you’ll meet and you won’t be disappointed. My passion, heart, and love for the game are hard to come across in athletes now a day. I’m not doing it for the money I just want to play in the NFL.

Favorite player by far was Randy Moss. I don’t play or trash talk like he does but he changed the game! I definitely wear 84 because of him. Growing up I liked the Eagles because of the Donovan McNabb and Brian Westbrook duo they had in the backfield. I always used them when I played Madden. Now, I don’t really have a favorite, whichever team gives me my shot, that’ll be my favorite team for the rest of my life!

Never really thought too much about the money aspect of it, but probably pay off the loans I’ve recently accumulated.