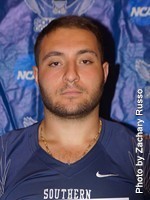 Coolest thing I have done off the field would have to be cleaning up a playground along the river in new haven with my team, we picked up trash and cleaned the place up so that the kids had a clean and safe place to play again, a child should never be told it’s unsafe to go outside and play.

Accounting for sure, I may be good at math but that class is impossible

My role model can’t be labeled to one person because my role models are the greatest team I’ve ever known, my parents.  My parents are the most selfless people I know.  Their drive, perseverance, and ability to succeed at whatever they put their minds to are qualities that no one can replicate.  Growing up my parents did whatever possible to give my sister and I the life they never had, my father grew up on a farm and my mother came over from Italy when she was a toddler so they came from relatively nothing and are the most successful people I know.  To live my life with the same qualities that make my parents who they are, is the greatest gift I could ever be given.

My approach to my position is to impose my will on whoever I get my hands on.  I’ve always had this saying, “no one will ever be bigger than me”, technically yes people are bigger than me, but the meaning behind that saying is, when it’s me and you going head to head, you will never hit harder than me, and I will never back down, my body will give out before I accept defeat.

I deal mostly with defensive ends and linebackers, so when I look at film I study their stance, everyone has a tell, that slightest shift in their posture that tells me if their running up field or crashing inside, blitzing or dropping into coverage.  I look at their physicality, if they meet contact with contact or if they avoid it.  In short I look for everything. 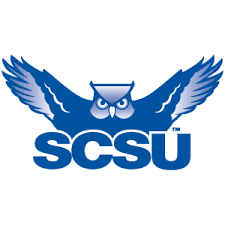 I don’t know who the toughest player I ever faced was, I don’t pay attention to opponents names or where their from.  Everyone has had their toughest obstacle, myself included, I just don’t know who it is.

Personally I compare myself to Ray Lewis, he’s a balls to the wall hitter, a leader and a force that his men can rely on.  He puts his body on the line for his team and has complete faith in his unit.  He never gives up, never backs down and will never be intimidated, and neither will I.

Growing up I had a lot of pent up anger and it was a real problem that I kept to myself, it was changing me into a person I did not what to be known as.  Football was my outlet, it was the one place I could let out my anger and frustrations without getting into trouble and it changed me from the person I was becoming into the person I am now, and I’m grateful everyday for it.

About 10/15 before we go outside to start the game  I sit by myself and close my eyes.  I clear my mind and think of what needs to be done, I think of my opponent and run through what I need to do to beat him.  I think of my family and my teammates and making them proud.  I get as calm as I possibly can and then just before I open my eyes and put my helmet on, I think of something, anything I can think of at the time to flip the switch and get me as angry as I can get.  Angry but in control.

My biggest strength would be my ability to adapt.

My biggest weakness would be that I sometimes put the weight of the world on my shoulders, if something goes wrong in a game or if we lose, I always feel that if I did something different the play would have worked or we would have one.

Once those pads come on I’m a completely different person.  I’m a hard worker, and will do what is asked of me.  I put my team before myself and I always protect my own.  You will never meet a fullback like me and our backfield will dominate, that’s a promise.

My favorite player is Ray Lewis and my favorite team is the Ravens.

The first big thing I do will be to pay off all of my parents bills. They’ve done more for me than I could ever do for them, but that’s where I will start.